I was looking out from the fifth storey of a university building in the heart of Rome. A large window framed my view southwards to a masterpiece of baroque architecture, 200m from where I stood. The roofs of the adjacent buildings that filled the space between us could only allow me to see the top half of the church of Saint Agnes in Piazza Navona, designed by the Rainaldis and by Borromini in 1652. 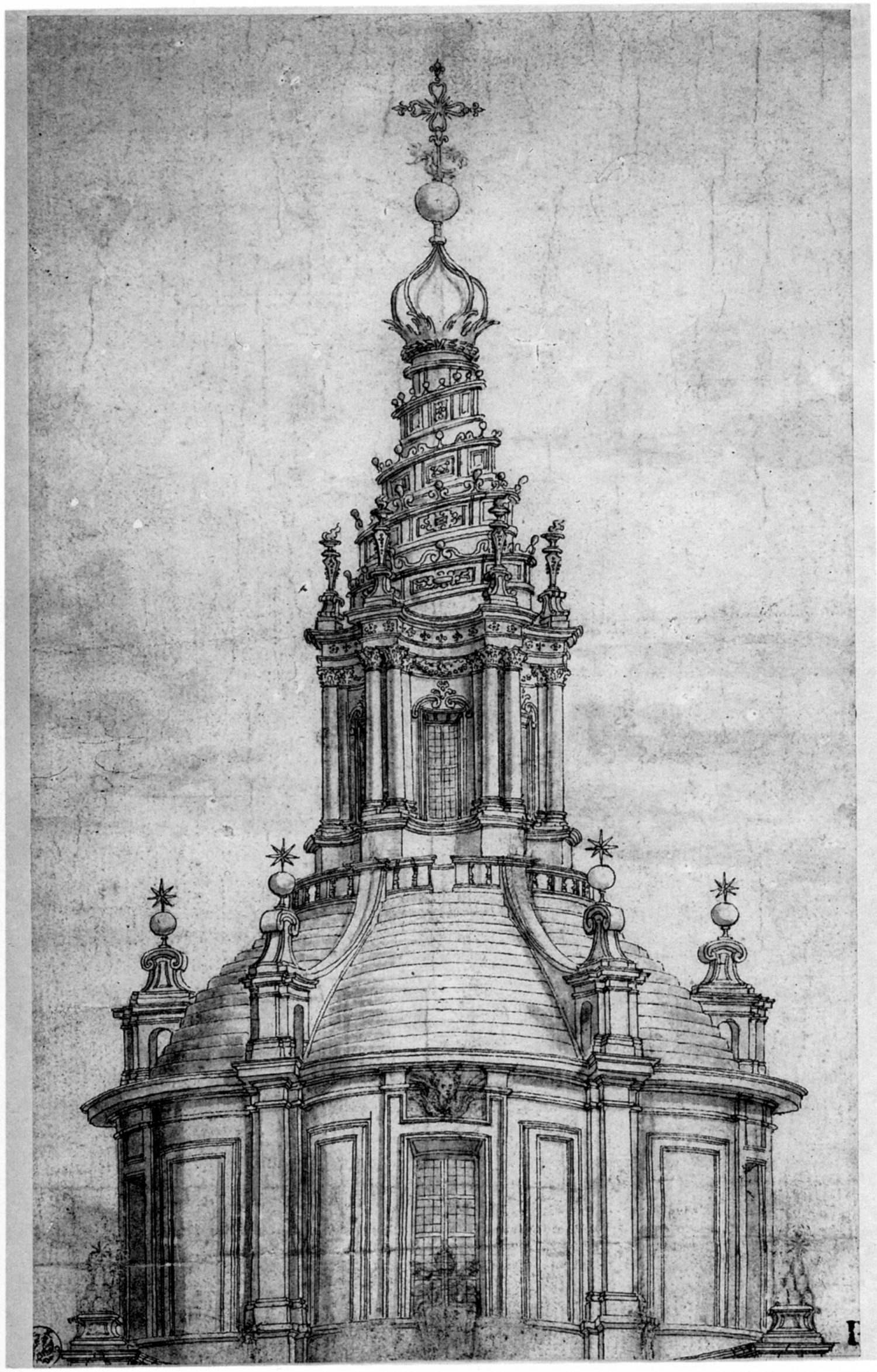 Having recently finished a book titled, "The Classical Language of Architecture," by John Summerson, I was glad to find myself easily understanding the grammar and prose with which Boromini was addressing me nearly 350 years after his death. The classical orders of Doric, Ionic and Corinthian, very well defined in their capitols and entablatures, spoke elegantly in a manner that, although repetitive, did not render the conversation boring. 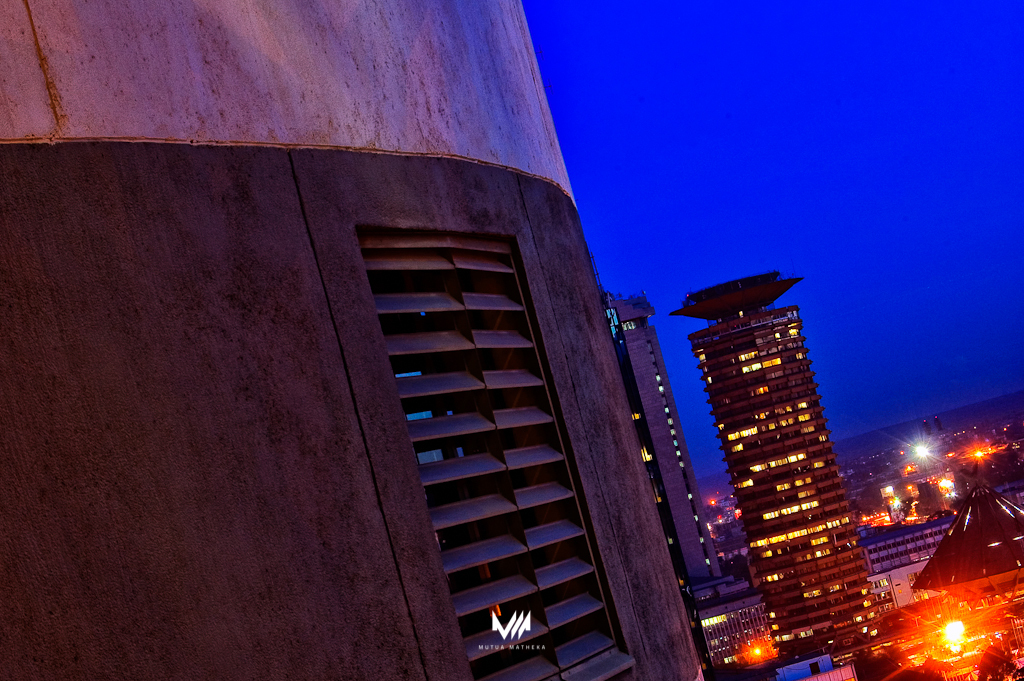 That, after all, is the beauty of language. With only 26 letters we are able to construct not only the simplest of phrases, but also the most complex of narratives.All this is possible because each composition has an intrinsic element of unity that establishes a hierarchy, order, and harmony among the repeating elements, and an extrinsic unity that makes a phrase be read as one, and have meaning as a whole. Our faces do twitch and frown whenever someone uses a word in the wrong place, or inadvertently throws in a word from a foreign language, whose meaning is equally foreign to us.I remember how hard put I was once, when I tried to explain to a foreigner the phenomenon of Sheng. What is sheng?" he asked. Well, if we look at a phrase such as, "Nilifika home jana, nikaanza kucheki TV," (for those who understand), some words are in Swahili, some in English, and others in a Swahili English or an anglicized Swahili, depending on which prefix or suffix you put. At the end of the day, it's pretty chaotic, especially since it has no stable rules.That's the impression I'm left with when I look at many of the buildings coming up in my beloved country Kenya today, especially in its capital Nairobi. 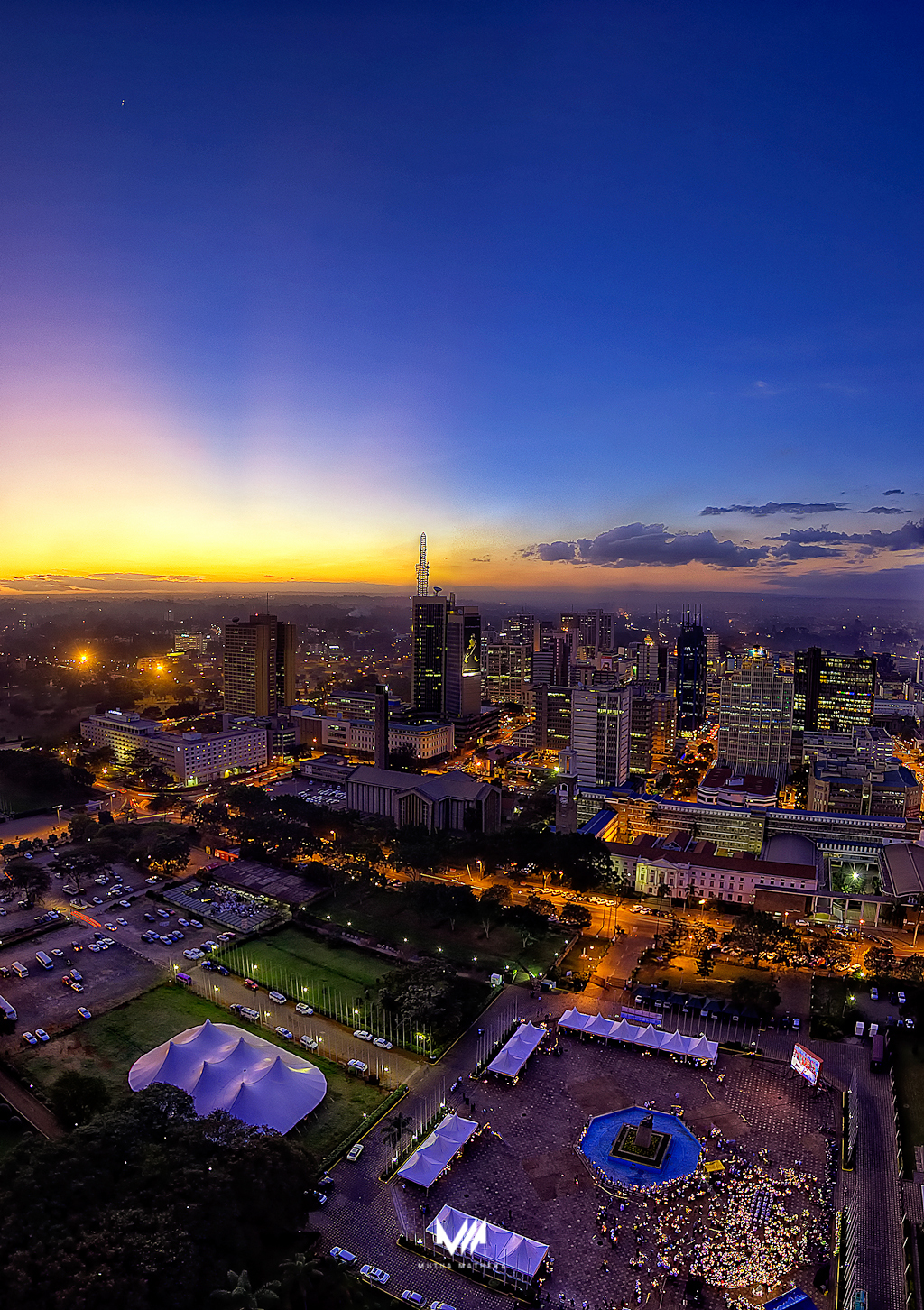 They employ all the elements of modern construction, but often lack two essential properties: unity of form and clarity of form. Unity of form is the harmony that a building's elements have with each other, and those elements with the whole, making the edifice be read as one work of architecture. Clarity of form gives the building its identity, making it distinguishable from the others around. Hence, an architecture based on an incoherent mixture of elements ends up lacking unity of form and clarity of form. It lacks a unity of language: it becomes "sheng". And just like sheng, it easily changes for lack of grammar, and cannot sustain meaning; it doesn't take long to become senseless. 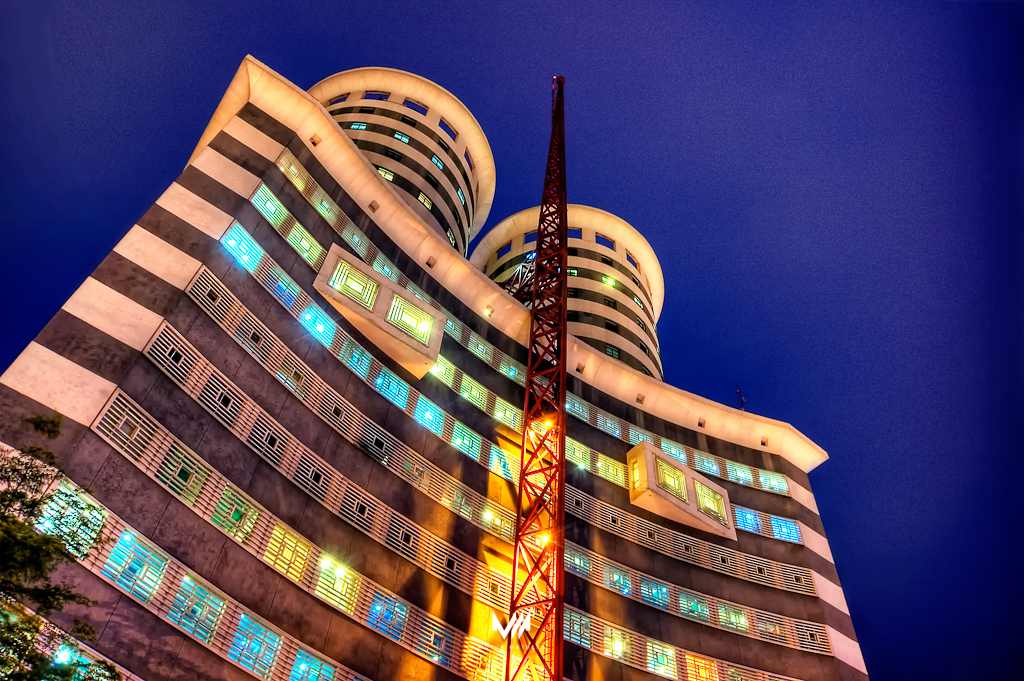 The latter aspect, i.e. unity of form, is often mistaken to be the most important, and as a result, architects often go out of their way to make a building look unique by meaninglessly combining all sorts of protrusions and indentations, colours and textures, not to mention the completely unnecessary abundance of fins, wings and tails.To prove my hypothesis concerning both unity and clarity of form, I have devised a test for each. Both these tests require the use of the very medium that goes into creating architecture: Drawing.

Let us therefore begin with the simpler of the two: Clarity of form, i.e. that which makes a building unique and helps us identify it from another. First, think of a famous or award winning building, regardless of when or where it has been built. For example, the Seagram's building in New York, Falling Water, The Coliseum of Rome, Sidney Opera House, K.I.C.C... Then, think of this same building, but only its silhouette. Then, draw it! You will realise that a silhouette helps get rid of all the distracting (although necessary) detail of construction: materials, colour, etc. Isn't it striking that the most beautiful works of architecture possess such clarity of form that a simple silhouette is enough to identify them? This is what I mean by clarity of form. If we put to the test some of the more recently constructed buildings in Nairobi, I'm afraid to say we'll end up, for the most part, with an unidentifiable mass of shadows. 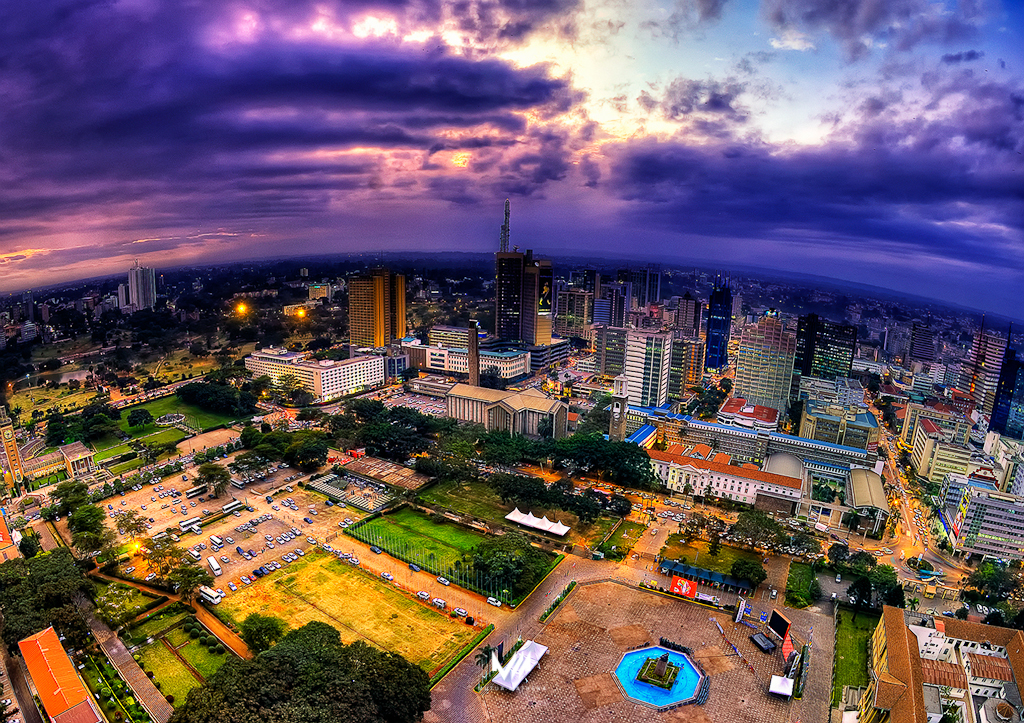 The second test relies once again on the use of pencil and paper. With the same buildings as before, let us draw now not just the outline, but also the elements within. This exercise helps us to reproduce on paper the relationships that each element has with another and collectively with the whole. When we begin to render the drawing, we are forced to give clear expression to the materials used and to distinguish them from each other, especially where they meet. The result? Once again we see that the best works of architecture possess a harmony of elements with each other and with the whole. Even textures and changes of form within the general outline of the building come to agree, and although there may be areas of contrast, there are no areas of conflict.

These two exercises, when applied to many buildings of our time, insinuate a fact that helps us distinguish the architects of today from each other: Good architects draw, bad ones don't. An all-too-heavy reliance on computers for producing architecture has resulted in a banalisation of drawing. And for lack of use of this basic skill, many buildings are produced without a clear perception of unity and clarity.Moreover, the exercise of designing buildings only with the use of computers, often limits the architect to one plane of view: the plan. The result of this is that from the very beginning, the architect interacts with his building from above, from plan-view, and not from elevation and perspective which are the human ways of interacting with buildings. It is not surprising, then, that such an architect should fail to grasp the aesthetic consequences of what he is doing with each click of the mouse, with each press of the keyboard.

Consequently, after construction, a building's aesthetics in plan-view can only be appreciated by the gods, while we, mere mortals, are left to contemplate the horrors before our eyes from below.The last part of these brief reflections has somehow digressed from the main topic, that of giving unity and clarity to the language of modern architecture today. However, it would undoubtedly provide abundant material for a future essay on the topic of the use of computers in architectural design. Nevertheless, it must be said that an architectural design method that relies on only one plane of view at a time, leaves the designer with only a partial understanding of the elements he is using to construct his prose. And the result is a language that lacks a clear and harmonious relation between its parts, i.e. its grammar, and therefore a lack of unity of form, and clarity of form.

Jotham Njoroge graduated with a bachelor's degree in Architecture from the University of Nairobi in 2010. He is currently a Masters student in Philosophy at the Pontifical University of the Holy Cross in Rome. All images Courtesyof Mutua Matheka unless Otherwise Stated 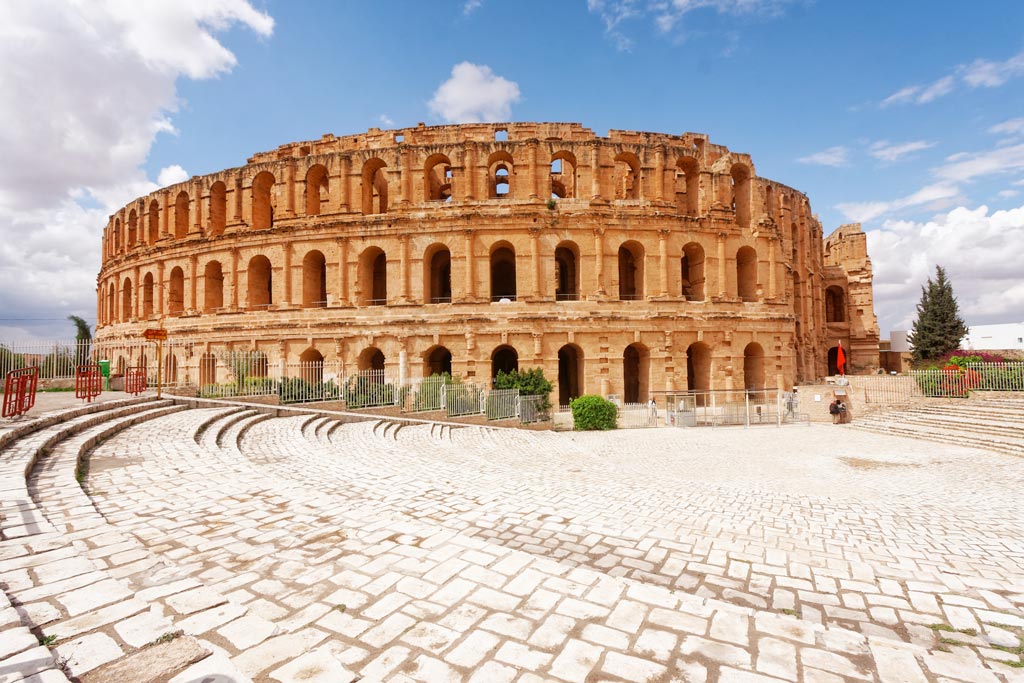