Have you ever wondered to what extent our buildings are less functional because women are not designing them? Isn’t it a pity that, globally, only a small percentage of women are involved in designing the environments that they themselves live in? Gender specialists contend that if more women were involved in design, they would change the way our cities operate, look and feel — not because of their gender, but because of the additional input in terms of human creative intelligence that they would add to the way we design our cities and address our problems.

Does having more female designers sound utopian? Surely not if you’ve had the bad experience of needing to change a baby’s diaper only to find that all the available washrooms in your building do not have a changing place. Or being a working mother and not having a workplace crèche where you can nurse your babies or express milk in private.

What we can all relate to is the long queues outside the ladies washrooms while the men’s washroom has virtually no queue, or the small kitchens in many urban Kenya homes that barely fit the necessary kitchen facilities like a refrigerator and cooker. Obviously, it is not only women who can design buildings that cater to these needs, but since they have the experience of these inconveniences, they are more likely to have it in their minds when they design.

Famous architect Pietro Belluscchi is quoted in a 1955 article titled ‘Should you be an architect? as saying: “I cannot, in whole conscience, recommend architecture as a profession for girls. I know some women who have done well at it, but the obstacles are so great that it takes an exceptional girl to make a go of it. If she insisted on becoming an architect, I would try to dissuade her. If then, she was still determined; I would give her my blessing — she could be that exceptional one.”

More than 50 years since Belluscchi made this statement, women who succeed in architecture are still considered ‘the exceptional” ones. While they have ventured, succeeded and almost equaled men in many other traditionally male dominated fields such as health, flying, politics and business, they still appear to be shying away from practising architecture.

In Kenya, just about as many women as men study architecture. However, most women “drift off” somewhere after graduation and fail to make the transition to practice. Records at the Board of Registration of Architects and Quantity Surveyors indicate that there are only 50 registered female architects in the country, compared to 952 male ones.

The reasons given for this “drop out” of female architects include the need for women to raise families as architecture is a highly demanding profession. However, this argument stands to be challenged, given that the women who have greatly excelled in this field are married and have raised healthy families.

Good examples of successful women architects include acclaimed Nigerian Olajumoke Adenowo and the vice president of the Kenyan Architectural Association, Emma Miloyo. Women architects who practised in the traditional times when the idea of a working woman was still alien also managed to raise healthy families. Examples include the first female architect in East Africa, Dorothy Hughes (1910-87).

Another probable reason is that proposed by gender specialists who contend that women working in male dominated fields tend to have a problem called “fear of success”, or some anxiety about doing well or better when competing with men. This is particularly so for women with a strong affiliative need.

It is a fear that perhaps they will appear less feminine and attract more scrutiny of their character than they would otherwise do if they were men or if they kept away from the field.

A classic example is that of Zaha Hadid, a world renowned female architect. She has been called unfeminine, untouchable, spoiled and a diva, all unflattering adjectives to most women with an affiliative need. In response to this she is quoted as asking: “Would they still call me a diva if I were a man?”

The small number of registered female architects also means that there is a lack of role models for the graduates to look up to. However, they only need to look a bit harder as there are female architects keen on mentoring young ones. Another challenge is perhaps the discrimination women are subjected to when working in male dominated fields. A lot of times, our subconscious and conscious stereotypes preclude the occurrence of true equality for women. Design, ideas and techniques must be accompanied by expertise and authority to act, and there is an assumption that these are the exclusive territory of men.

We are still limited by cultural assumptions surrounding women’s intellectual and physical abilities. We somehow tend to think that only men possess the aggressiveness, the time and commitment considered necessary for the job. The architectural field has done little to deter this sexism. It is perhaps for this reason that women who have excelled in this field are rarely awarded, or their achievements highlighted as greatly as their male counterparts. For example, the Pritzker award, which is the highest award in architecture, has only been awarded two times to a woman in its 34-year history.

Female partners have also been consistently overlooked, where the Pritzker has been awarded to a man when indeed the man worked in partnership with a woman. A classic case is that of female architect Denise Scott Brown, who has for over 40 years designed iconic buildings alongside her partner and husband, Robert Venturi, yet she was excluded when Venturi was awarded the Pritzker Prize in 1991. 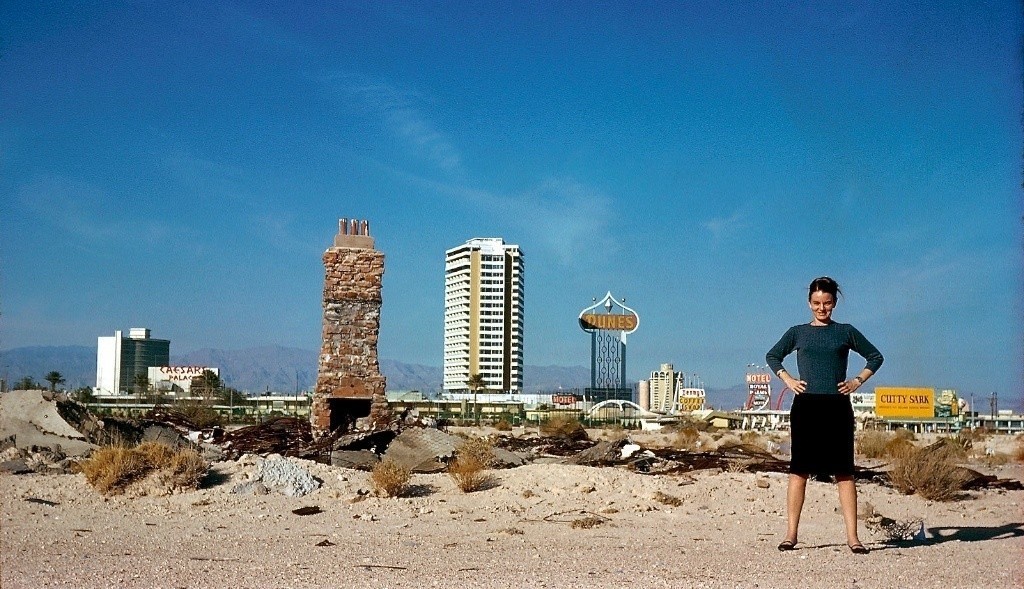 She also contributed greatly to the career of her husband, Walter Burley Griffin, and together they set up a practice and won the commission to design the new Australian capital, Canberra. However, her achievements remained in the shadow.

Recently, Chinese architect Wang Shu was honored without his partner and wife, Lu Wenyu. In these cases, the men have taken the glory while the women worked quietly, and anonymously in the background

This dismissive attitude towards women in architecture will only end when women start taking the initiative to become actively involved in professional organisations that make it easy for them to gain a professional identity.

Female students and graduates also need to be encouraged to practise and understand that being a successful architect can be combined with family and household responsibilities. (It is said that Dorothy Hughes, the first female architect in East Africa, insisted on having a clause in her building contracts providing for a room where she could nurse her children!)

In order to address the above problems, it is important to first admit that the stereotypes and discrimination do exist, and we all need to make a conscious effort to treat women architects, not on the basis of their gender, but on their ability.

We may also need a new generation of clients who will believe in women; and opening up a certain percentage of publicly procured projects to female architects may be a start. We also need more women architects that can prove, with their excellent work, that generic preconceptions against them are outdated.

When it comes to design, ideas are gender-free. The works of the female architects featured here show that gender equality in the field of architecture does not mean forgoing the field’s creative intensity:

Holy Family Basilica and the Kenya National Theatre, Nairobi: Dorothy Hughes
According to A Brief Tour of the Buildings of Nairobi, co-authored by this writer and Yuko Iwatani, Dorothy designed The Holy Family Basilica in the 1950s and the curvilinear Kenya National Theatre in 1952. She is said to have been very good at cost control and her other designs include Rift Valley Sports Club and St Mary’s School.

The City of Nairobi Masterplan: Erica Mann
Erica Mann, the brains behind the City of Nairobi Masterplan of 1948, had been one semester short of completing her architecture studies at the Académie des Beaux Arts in Paris when she left Europe for Kenya in 1946. The city’s masterplan in 1948 was the first major project of her career. She later went on to be involved, as the lead regional planning and development officer, in the design of almost every district in Kenya.

She was involved in setting up Kenya’s first architectural magazine, Build and Plan. Her Women of Kibwezi project was judged as one of the 100 best practices in the world at the Habitat II conference in Istanbul.

Despite this, Erica Mann’s contribution to Kenyan architecture and urban planning remains largely unknown and she was only belatedly recognised in Kenya when she was awarded the title of Architect Laureate in 2003, at the age of 86.

Heydar Aliyev Centre, Baku, Azerbaijan: Zaha Hadid
This centre is among Iraqi-born Zaha Hadid’s most iconic works. It was designed to become the primary building for the nation’s cultural programmes and is a break from the rigid and often monumental Soviet architecture prevalent in most of Baku. 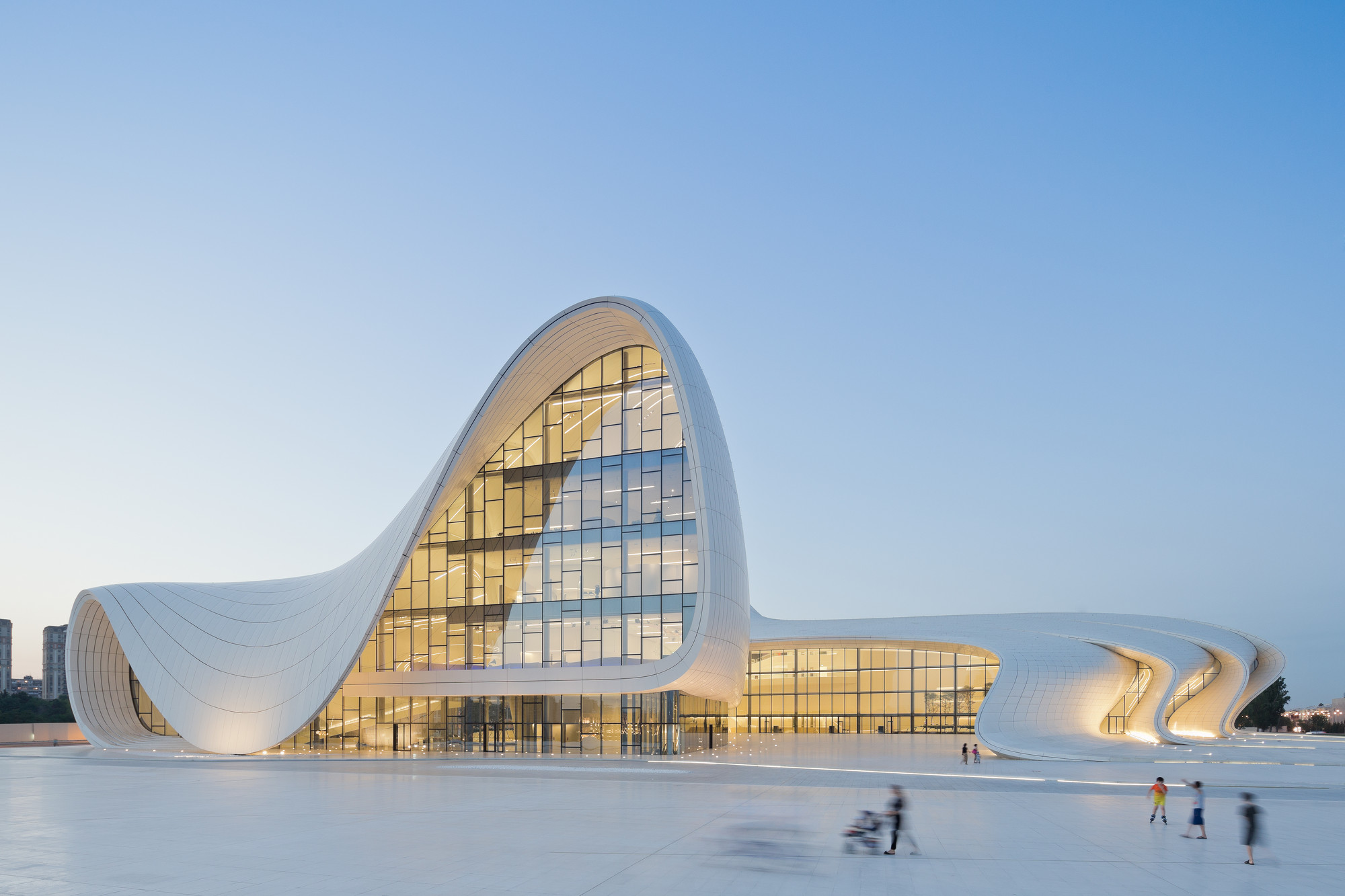 For her success in the captivating and interesting designs, Zaha has been awarded the Pritzker Prize, Ladyship, Veuve Clicquot’s 2013 Businesswoman of the Year, and will become the 2016 recipient of the Royal Gold Medal for architecture. Her other iconic buildings include The Guangzhou Opera House, London Aquatics Centre, and The innovation Tower in China.

ARC River Culture Pavilion, Daegu, South Korea: Asymptote Architecture
This is a state-of-the-art multimedia theater designed by Asympote Architecture, a firm founded in 1989 by Hani Rashid and Lise Anne Couture. Together, they have received numerous prestigious awards, including the AIA NY Chapter Award, Middle Eastern Architecture Awards and Le Grand Prix de l’Architecture in Paris. Their other designs include, BMW World in Munich and the Strata Tower in Abu Dhabi.

The New Museum of Contemporary Art, New York: Sanaa Architects
This eight-storey building is the first fine art museum ever constructed from the ground up in downtown Manhattan.

It was designed by Tokyo-based architects Kazuyo Sejima and Ryue Nishizawa. The two share the 2010 Pritzker Architecture Prize.

Aqua Tower, Chicago: Jeanne Gang
The sculptural 84-storey mixed-use residential skyscraper was designed by Jeanne Gang, the founding principal of Studio Gang Architects, with James Loewenberg of Loewenberg & Associates as the Architect of Record. The sinuous shape not only gives character and movement to the building, but also extends the views and maximises solar shading. This building was Jeanne Gang’s first skyscraper design.