Mass Design Group have released plans for the African Centre for peace in Kigali, a monolithic architectural language that seeks to integrate the culture and ideologies of Rwanda as it continues to convene ideas and testimonies towards the 1994 genocide that wiped out a significant percentage of their population. 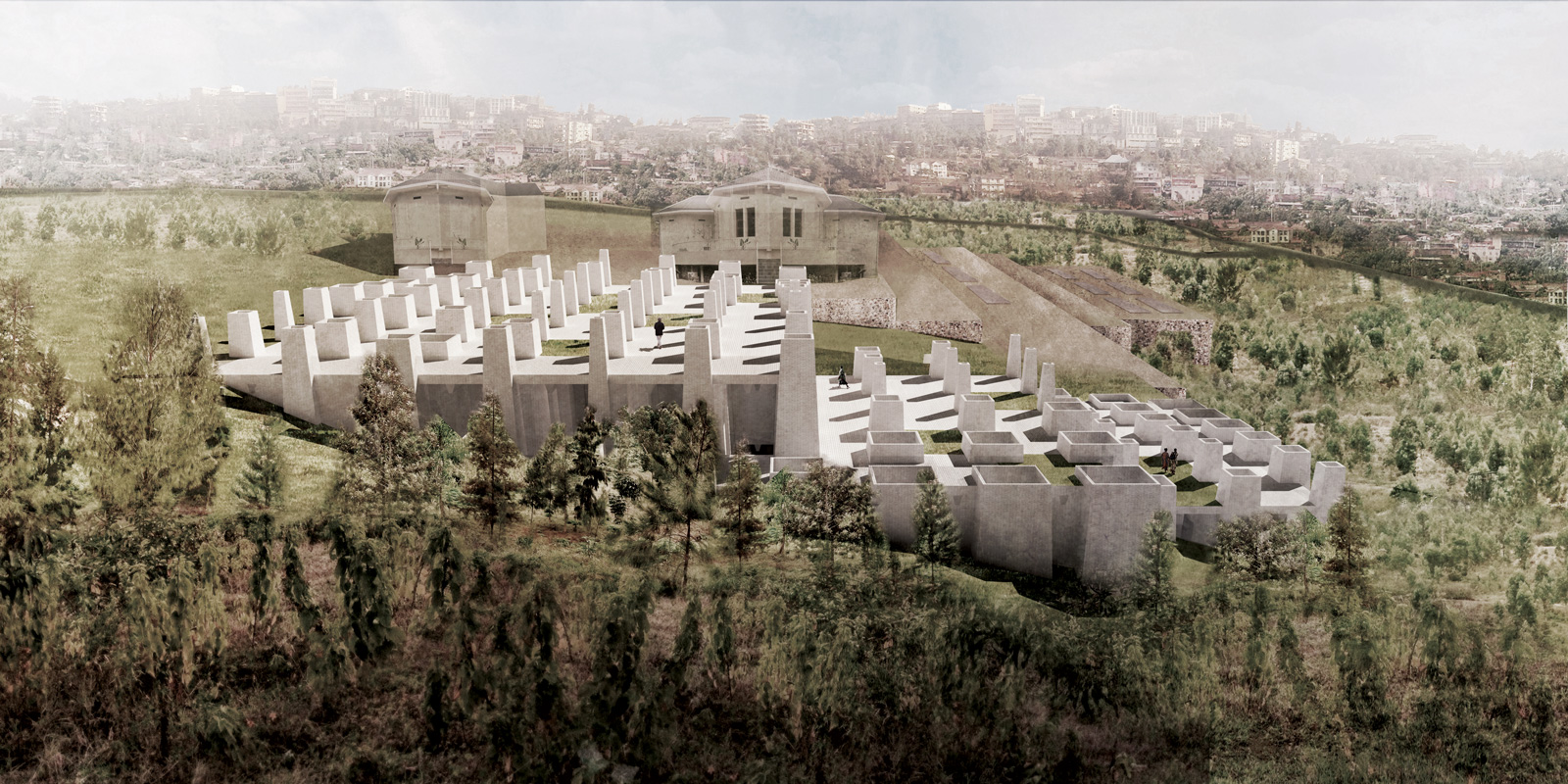 The building in itself seeks to combine elements from the 'New Rwanda' towards establishing an idea of permanence and a feeling of reconciliation.  The design uses the now popular brick architecture in Rwanda and heavily assimilates natural light as a source of luminescence,as if to shed truth and healing within the complex. The idea is deny and reward, a continuous process of emergence from dark areas to light, a direct metaphor to the process it documents. 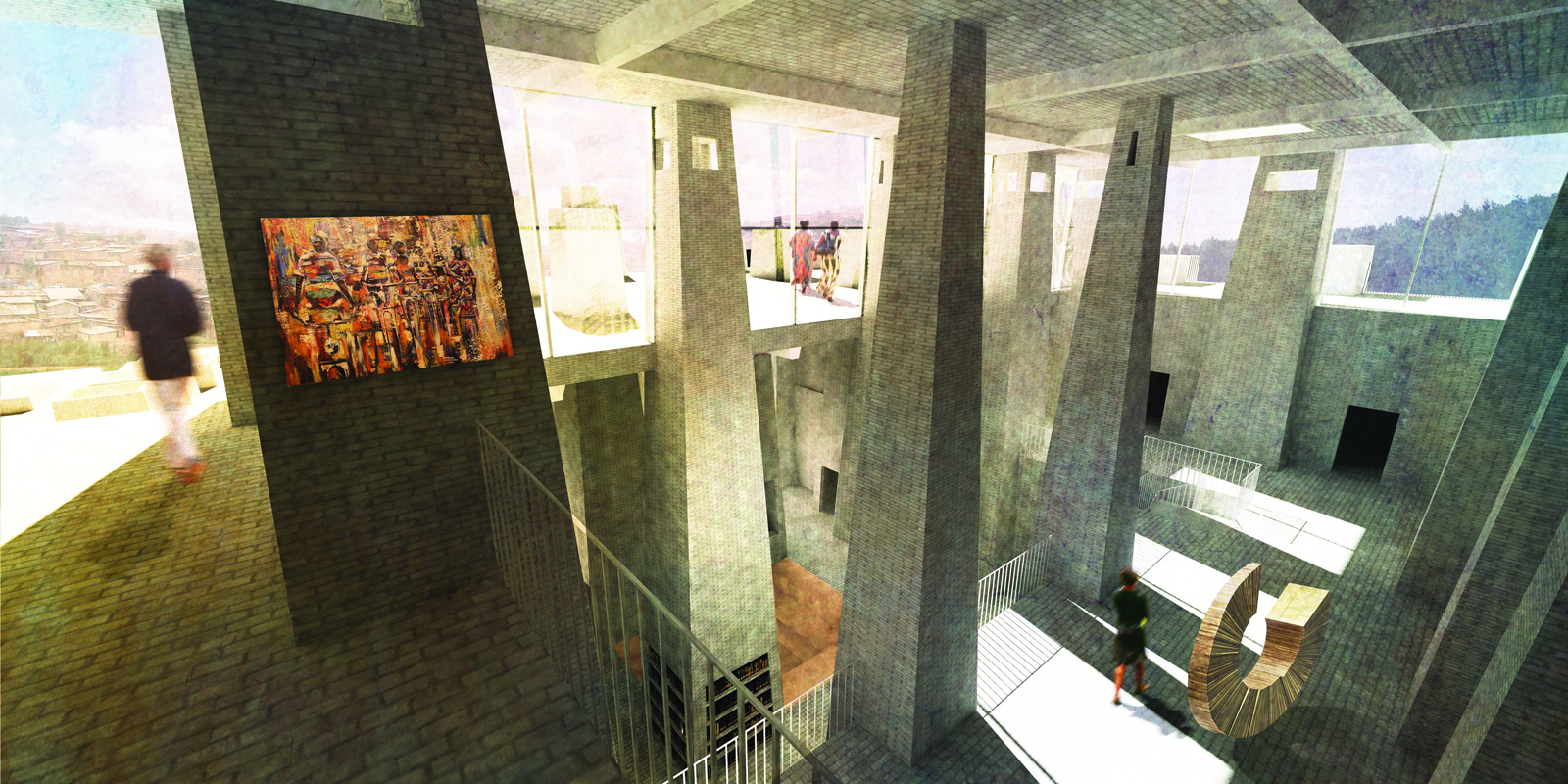 From The Architects:
Following the events in Rwanda in 1994, the nation convened the Gacaca trials to facilitate the expedient trying of perpetrators, to accurately document proceedings, and to begin to move toward reconciliation. At present, the records of these trials are distributed haphazardly throughout the country and because of this are at a greater risk of loss, theft and decay. 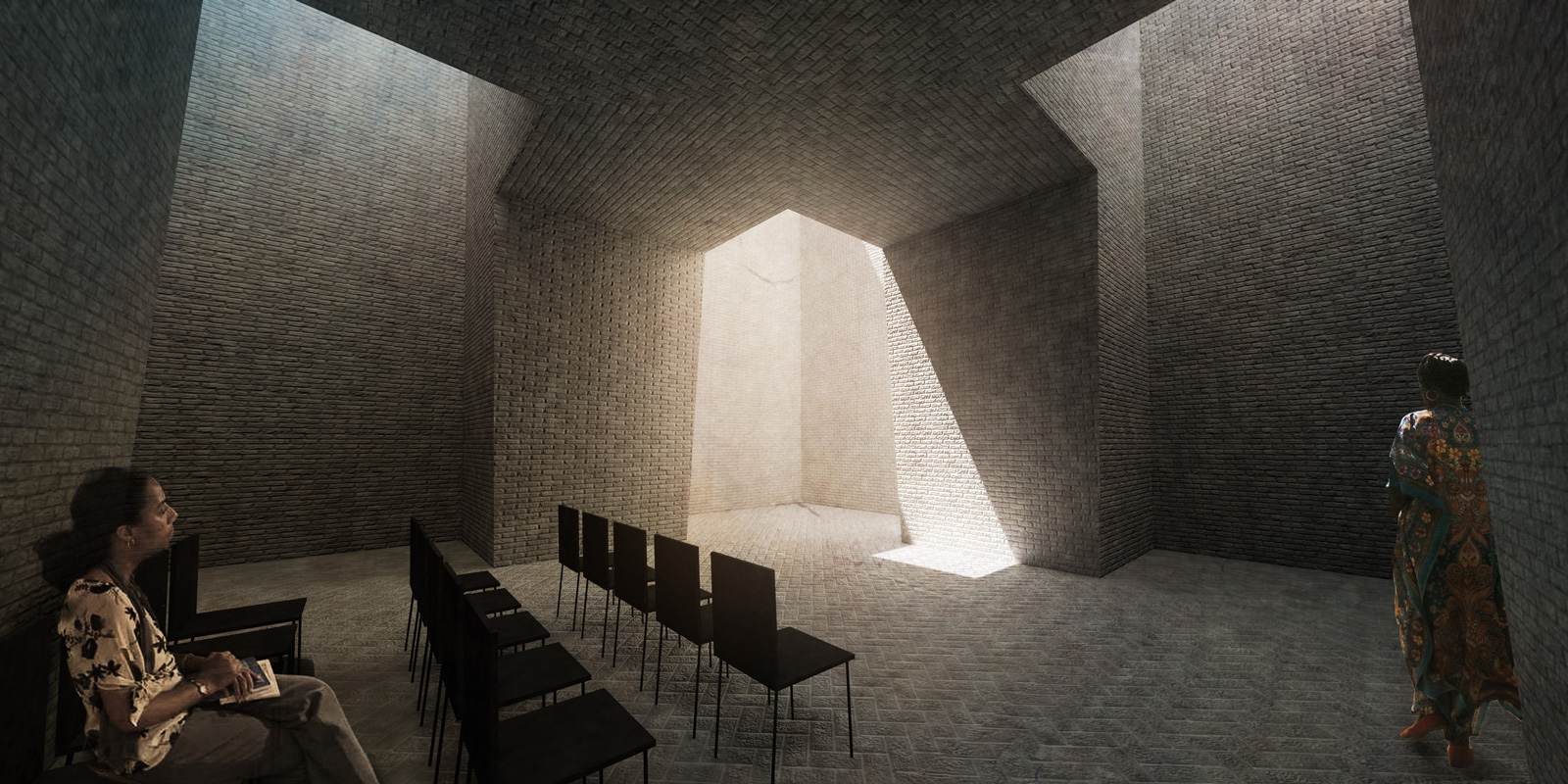 In advance of the twentieth anniversary of the Genocide, MASS was invited by Aegis Trust and John McAslan + Partners to design the new archives at the Kigali Genocide Memorial. MASS began with the space of the testimonial, a space where anyone can come and give their personal account in an intimately-scaled, light-filled pillar of a room. 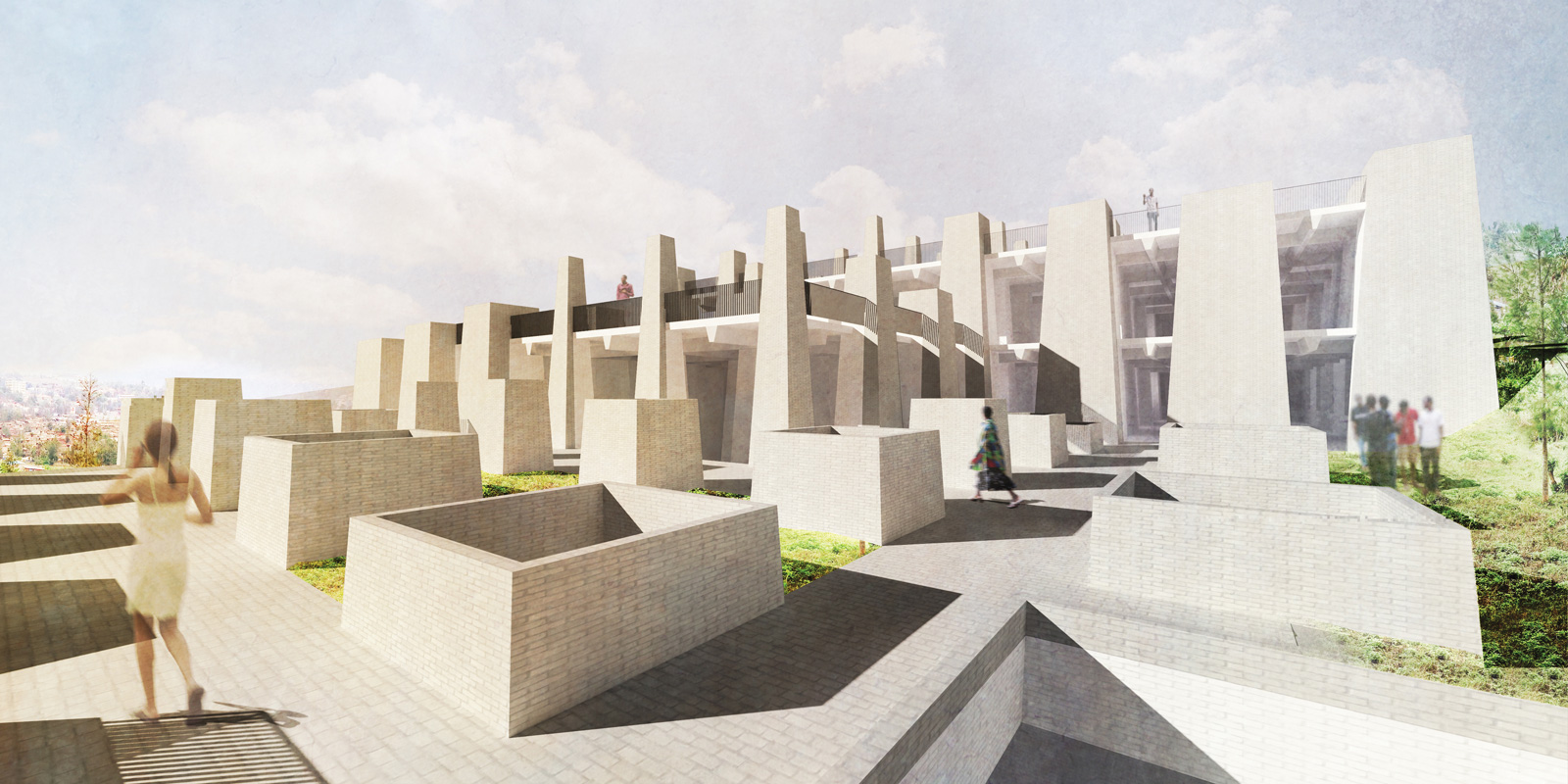 As these pillar combines with one another, other spaces for reflection, education, exhibition and learning emerge, symbolizing the diversity of stories from which the building is formed. The resulting space is a forest, a gallery, a memory bank, and a library, giving us ownership of our future, but also reverence for the stories and memories which make up our past. 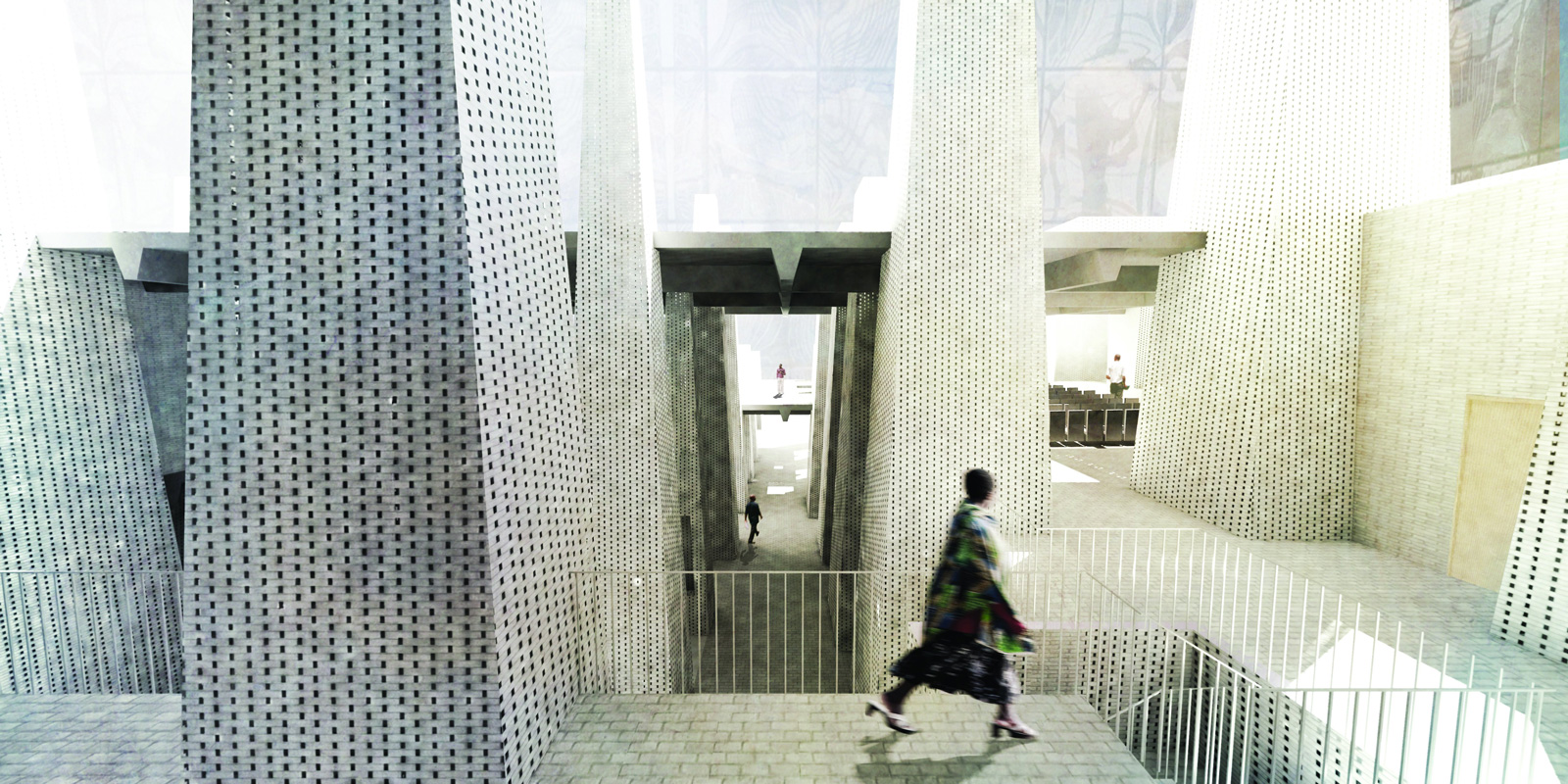 When we leave the centre at night, the pillars transform into beacons of light, symbolizing the bright future of Rwanda which lies ahead. 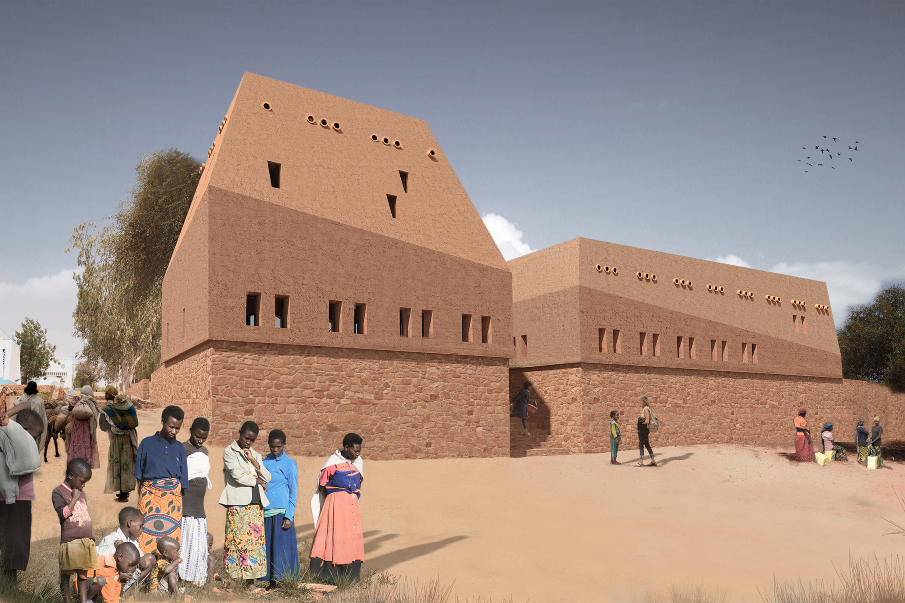