Dubbed as the future Hong Kong of Africa, the new upcoming city of Eko Atlantic is the most impressive urban development project in Nigeria and is setup as one of the greatest engineering feats in Africa. It is set to present opportunities for investors, business owners, residents and commuters alike with financial, commercial, residential and tourist accommodations run by a state-of-the-art high-tech infrastructure in line with modern and environmental standards. 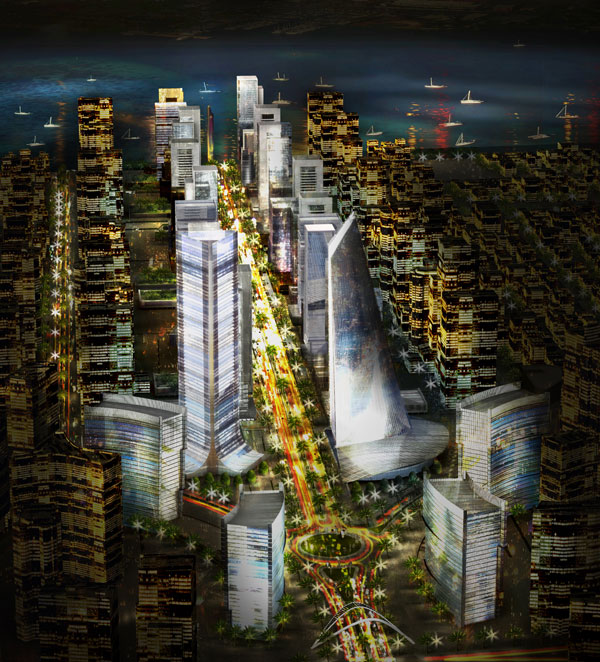 It is meant to arrest the ocean's encroachment and reclaim 10 square kilometers (3.86 square miles) of land rising like Aphrodite from the foam of the Atlantic. It will be a new home to 250,000 people and the workplace of another 150,000. The development will have waterfront areas, tree-lined streets, efficient transport systems and mixed-use plots that combine residential areas with leisure facilities, offices and shops. 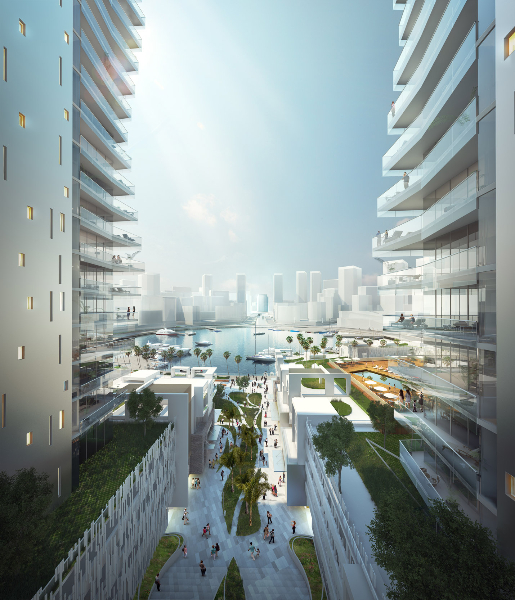 In 2009, the Clinton Global Initiative recognized Eko Atlantic as one of the most inspired and ambitious civil engineering projects in Africa. Its master plan has been divided into 7 districts: Business District, Harbour Lights, Marina District, Downtown, Eko Island, Avenues, Four Bridges, Eko Drive, East Side Marina, and Ocean Front. 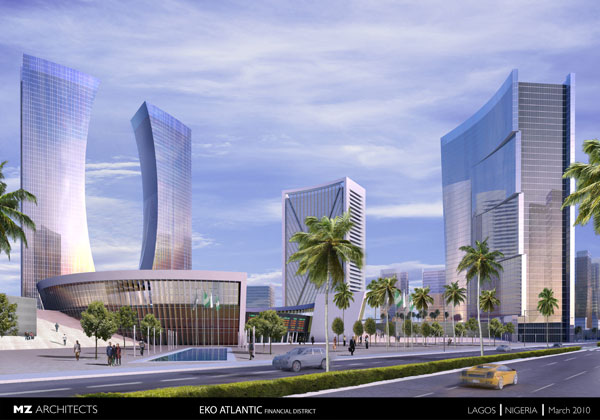 The scale of the Eko Atlantic project is immense and it promises to be an ocean-front city that will be one of the wonders of the 21st century. Adjacent to Victoria Island, it will enhance the status of Lagos and create a new and stronger financial hub for the whole of West Africa. Funded by private equities, the development is poised to attract international corporations bringing employment while offer a gateway to other markets in Africa. 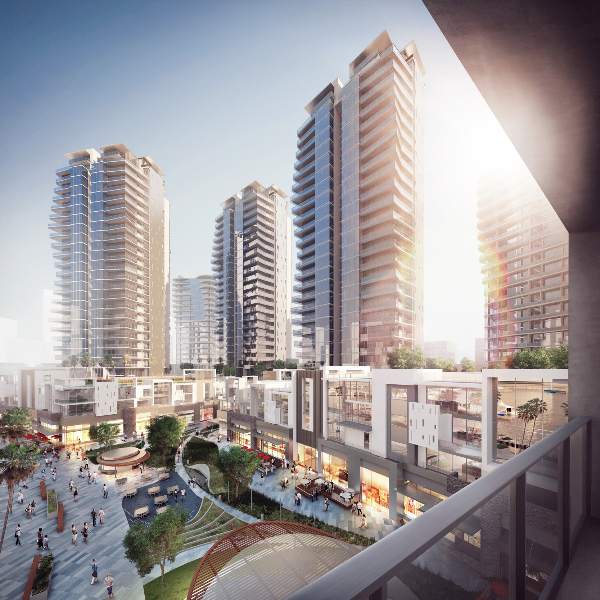 It is meant to arrest the ocean's encroachment and reclaim 10 square kilometers (3.86 square miles) of land rising like Aphrodite from the foam of the Atlantic. The city will be surrounded by an 8km long ‘Great Wall of Lagos’ made of 100,000 five-ton concrete blocks. With Environmental Impact Assessment (EIA) and notable comments from the community living in the area, the project promises to be considerate to its inhabitants. 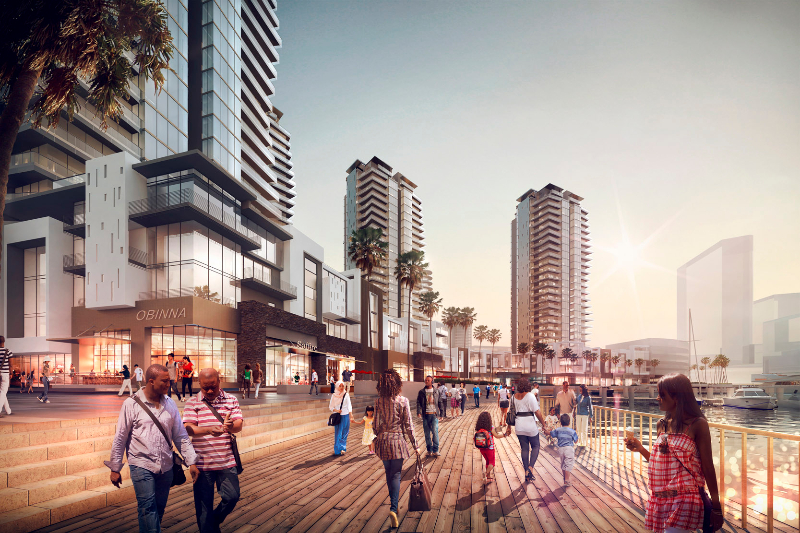 The Eko Atlantic will be a sustainable city, clean and energy efficient with minimal carbon emissions.In the past six months the first 15-story office tower has gone up, waterways are being constructed and roads are being paved. And in 2016, the first residential tower will be open to eager enthusiasts of the project. 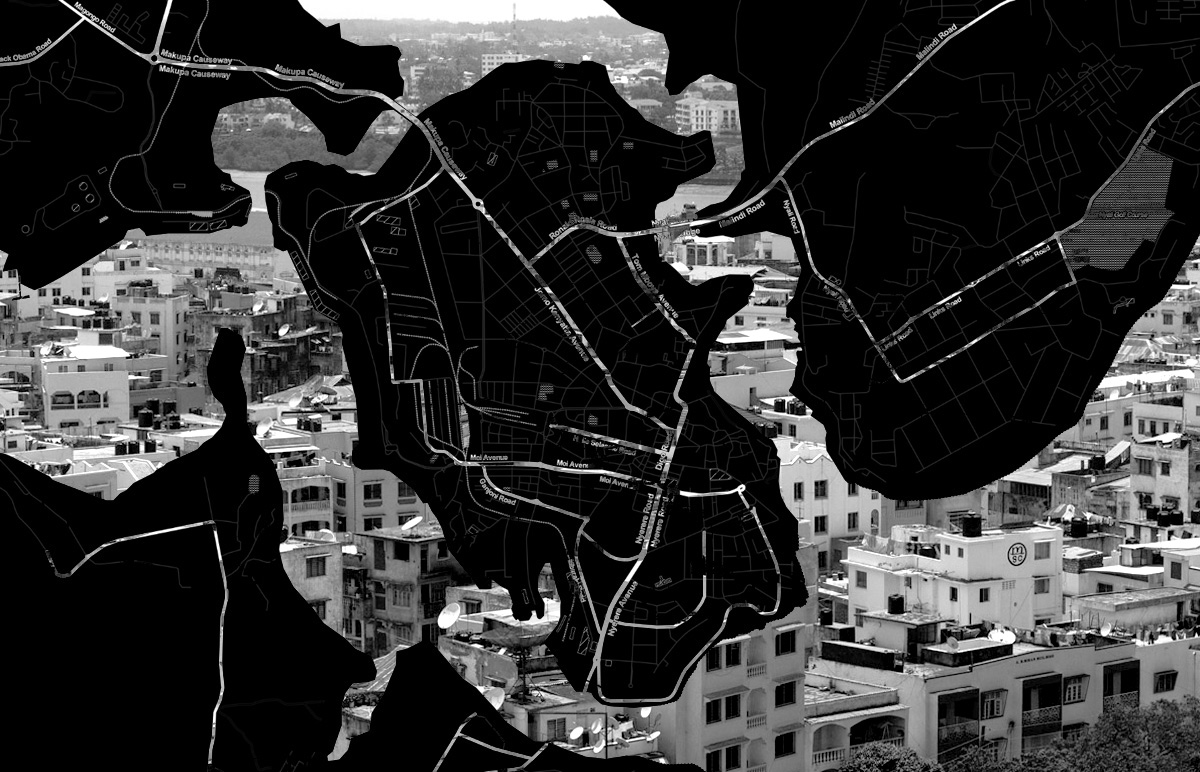