The airport is the first and last place of exchange between the traveler and his land host; in essence, a large door and approach. From this point of view, the building needs to be prestigious and express the culture and identity of the city or the country it represents, just as a monument, a public place or an official building. At the same time, it is a symbol of technology and modernity, combined to show the economic development of the country or the city it represents.

These are the factors put in place in the design of this modern facility as conceptualized by IAD for the Malabo St. Isabel New International Airport.

Due to the current growth of the country’s oil economy and its desire to open to tourism, the Terminal that opened in 2004 no longer complies with these objectives. Thus IAD has been chosen to design a new terminal with a capacity of up to 900,000 passengers a year that requires the generation of a large public space while possessing an international image that must also refer to local architecture.

The principle of a sensitive building was adopted from the outset, combining a technological, sustainable, almost low-tech image with another image which recalls the essence of aeronautical aesthetics – an aerodynamic wing that houses under its shadow the programme of the new Terminal. This roof is considered as the fifth façade of the building, first seen while landing at Santa Isabel.

The traceability of chosen materials, the goal of assembling a responsible, sustainable building all go along with an evocative and contemporary image – an image of total fusion with the local vegetation, an intrinsic part of the project, creating a new gateway and exit for a country which turns its back on its recent dictatorial past and opens up to the future. 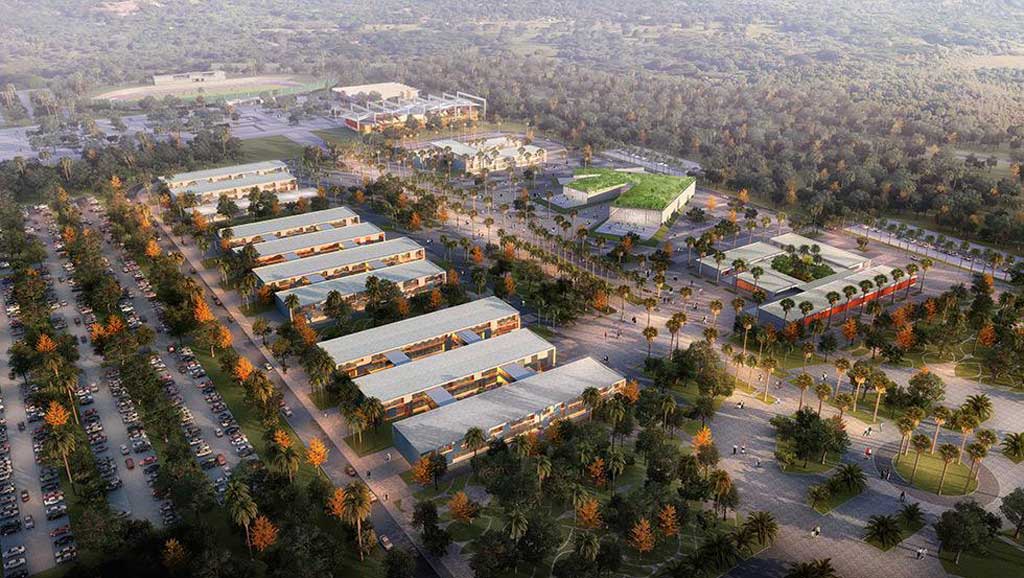