The Technology School of Guelmim in Morocco is part of the development of academic institutions in the Southern regions of Morocco. The School development comprises of an amphitheatre, classrooms, workshops, TP rooms, administration buildings, library, lecturer’s offices and staff accommodation. 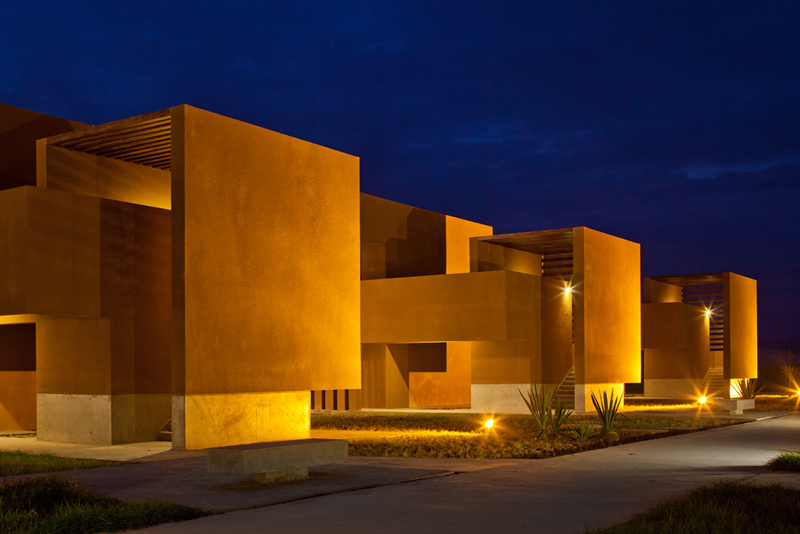 The architects’ concept was to provide a contemporary and modern design which was inspired by its context in terms of the location and language. The exterior design is very responsive to the site in terms of its Moroccan earthy finish but which contrasts the interiors which have been designed in a simple way with the spaces having the same language of a pure white. 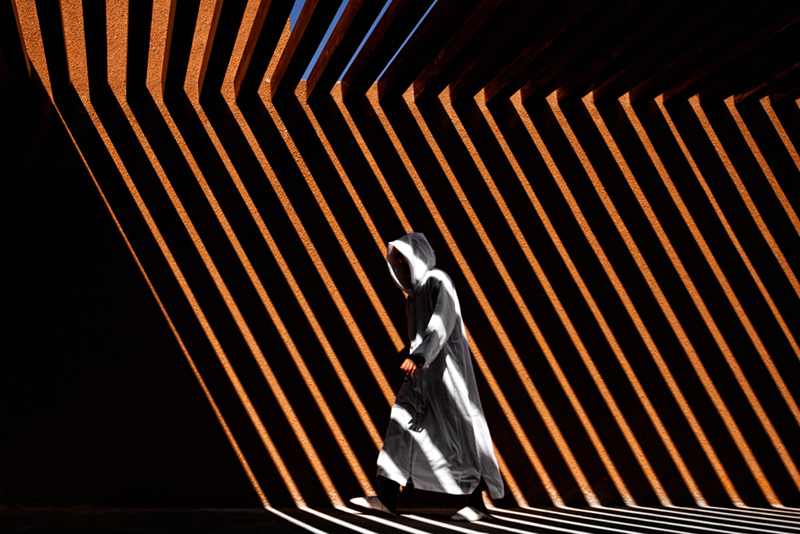 The volumes and scale also contrast in trying to achieve the seriousness associated with education institutions but still trying to maintain the local architectural vocabulary.This contrasting difference in volume and scale on the outside is balanced out with the cantilevering boxes and the square and rectangular protruding windows. It is a conglomeration where the outside and inside speak different languages but have the same standards which when put together make it a successful project.

It is an architecture which inspires knowledge with a brilliance of not being able to point out the nitty gritties why. The buildings focus on linearity and are in the North-South axis with covered walkways interconnecting the various blocks and intermediate gardens between them. It also employs balance and symmetry with differentiation and segmentation in blocks which allows clarity and readability of the various entities of the project but with a consideration on thermal quality, work spaces shading of openings and the vegetation. 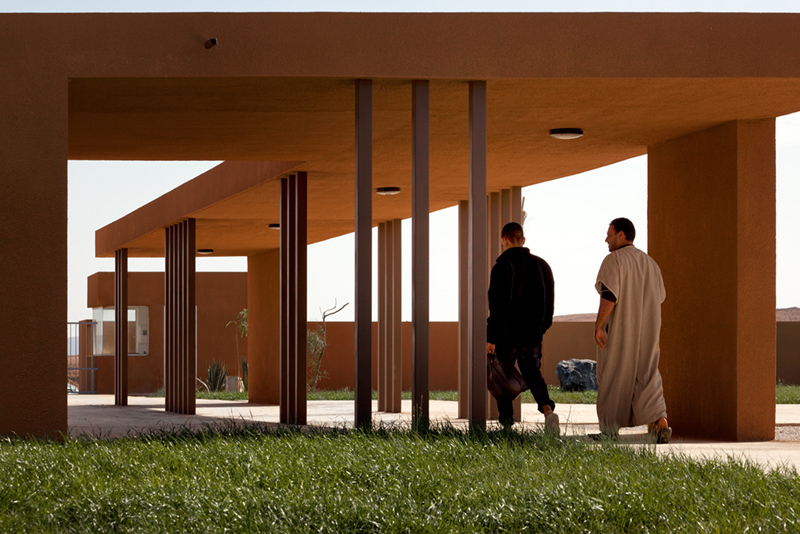 The building structure is done in reinforced concrete frame which cantilever on the windows to act as sun-shading elements. The building also employs use of glass, blocks which are then rendered in the Moroccan earth finish and precast concrete.

The positioning of the building with regards to the sun path allows the light to hit the development making it feel lighter although the shell is very solid.

The major details which make a difference to this institution is the generous covered walkways, cantilevers and staircase cores covered in wood and the large poured concrete paving which makes the building feel afloat from the ground.